Estonia was recognized as one of the Innovation Champions by the Consumer Technology Association (CTA) at the Consumer Electronics Show (CES) on January 8th, in Las Vegas, US. The Minister of Education and Research Mrs. Mailis Reps was there to accept the award.

According to the CTA, Innovation Champions typically outperform other countries in measures of Freedom, Broadband, Entrepreneurial Activity, Resiliency – a new category to quantify the degree to which a country’s government and society are sustainable – and Self-Driving Vehicles. 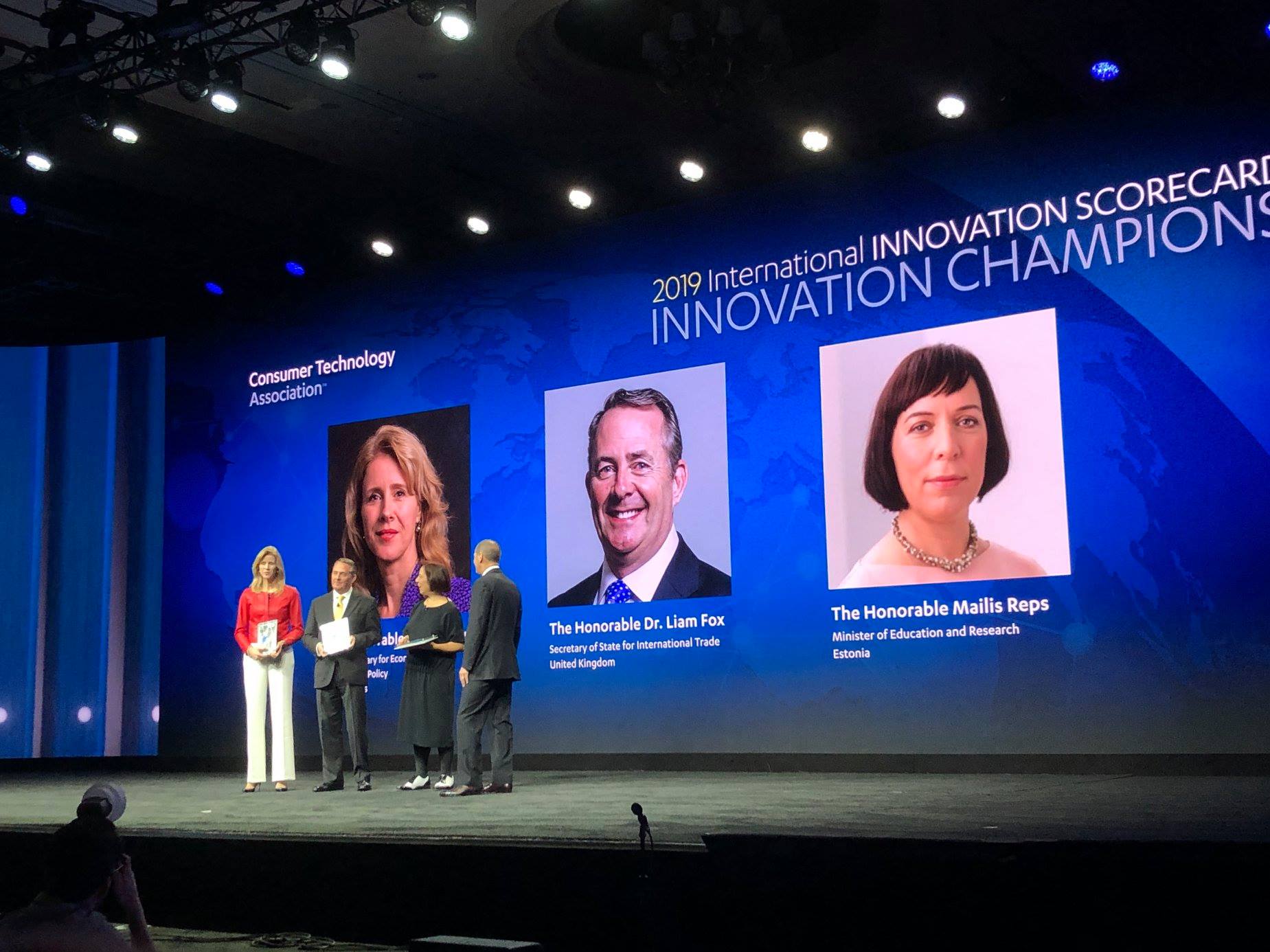 Image by the Estonian Ministry of Education and Research